Understand the probability of an event happening is a number between 0 and 1, ranging from impossible to certain.

Determine the probability of events.

Use probability to predict long-run frequencies.

Determine the probability of compound events.

Give each pair or small group of students a brown bag of cubes, as described below in the notes.

A spinner with different colors on it was spun 20 times. The data recording the color of each spin is shown below.

Four spinners are shown below. Which spinner is most likely the spinner used for the data above? 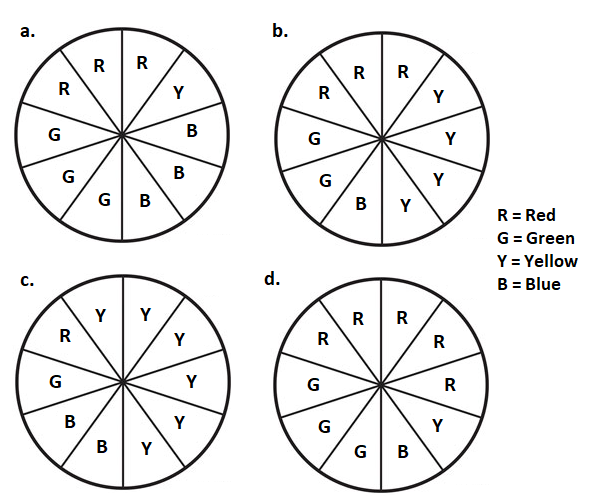 With Fishtank Plus, you can download a complete problem set and answer key for this lesson. Download Sample

The following resources include problems and activities aligned to the objective of the lesson that can be used to create your own problem set.

Each of the 20 students in Mr. Anderson’s class flipped a coin ten times and recorded how many times it came out heads.