Topic A: Reasoning About and Solving Equations

Define and identify solutions to equations.

Topic B: Reasoning About and Solving Inequalities

Define and identify solutions to inequalities.

Represent the relationship between two quantities in graphs, equations, and tables. (Part 1)

Represent the relationship between two quantities in graphs, equations, and tables. (Part 2)

This lesson brings together several concepts and skills that students have worked on throughout the year, such as tables of equivalent values (6.RP.3), writing equations (6.EE.1), plotting points (6.NS.8), and determining values in ratio relationships (6.RP.3). The novelty is not in any one specific concept or skill but rather in how they interact and represent one another in new ways. For example, after studying equations, students can now use an equation to represent how two quantities in a ratio situation are related to one another, they can show this visually in the coordinate plane, and analyze the relationship to draw conclusions (MP.4).

A recipe for sugar cookies calls for 1 cup of sugar for every 2 cups of flour.

Julianna participated in a walk-a-thon to raise money for cancer research. She recorded the total distance she walked at several different points in time, but a few of the entries got smudged and can no longer be read. The times and distances that can still be read are listed in the table below. 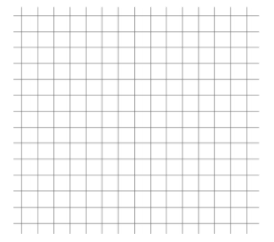 With Fishtank Plus, you can download a complete problem set and answer key for this lesson. Download Sample

The following resources include problems and activities aligned to the objective of the lesson that can be used to create your own problem set.

To make green paint, a paint store combines blue and yellow paint in a specific ratio, as shown in the table below.