Students expand their conception of what a “number” is as they are introduced to an entirely new category of number, decimals, which they learn to convert, compare, and add in simple cases.

Unit 7 introduces students to an entirely new category of number—decimals. Students will explore decimals and their relationship to fractions, seeing that tenths and hundredths are particularly important fractional units because they represent an extension of the place value system into a new kind of number called decimals. Thus, students expand their conception of what a “number” is to encompass this entirely new category, which they will rely on for the remainder of their mathematical education.

Students have previously encountered an example of needing to change their understanding of what a number is in Grade 3, when the term came to include fractions. Their Grade 3 understanding of fractions (3.NF.A), as well as their work with fractions so far this year (4.NF.A, 4.NF.B), will provide the foundation upon which decimal numbers, their equivalence to fractions, their comparison, and their addition will be built. Students also developed an understanding of money in Grade 2, working with quantities either less than one dollar or whole dollar amounts (2.MD.8). But with the knowledge acquired in this unit, students will be able to work with money represented as decimals, as it so often is.

Thus, students rely on their work with fractions to see the importance of a tenth as a fractional unit as an extension of the place value system in Topic A, then expand that understanding to hundredths in Topic B. Throughout Topics A and B, students convert between fraction, decimal, unit, and expanded forms to encourage these connections (4.NF.6). Then students learn to compare decimals in Topic C (4.NF.7) and add decimal fractions in Topic D (4.NF.5). Finally, students apply this decimal understanding to solve word problems, including those particularly related to money, at the end of the unit. Thus, the work with money (4.MD.2) supports the major work and main focus of the unit on decimals.

While students will have ample opportunities to engage with the standards for mathematical practice, they’ll rely heavily on looking for and making use of structure (MP.7), particularly the structure of the place value system. They will also construct viable arguments and critique the reasoning of others (MP.3) using various decimal fraction models to support their reasoning.

This assessment accompanies Unit 7 and should be given on the suggested assessment day or after completing the unit. 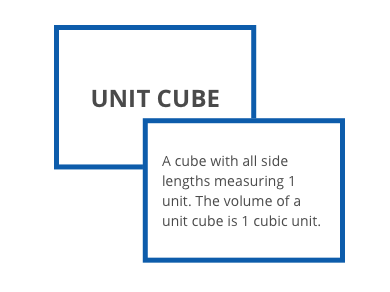 Represent decimals to tenths less than one with area models. Convert between fraction, decimal, and unit form.

Represent decimals to tenths greater than ten with pictorial base ten blocks. Convert between fraction, decimal, unit, and fraction and decimal expanded form.

Topic B: Understanding Tenths and Hundredths

Represent decimals to hundredths less than one, understanding the equivalence of some number of tenths and 10 times as many hundredths. Convert between fraction, decimal, and unit form.

Represent decimals to hundredths more than one. Convert between fraction, decimal, unit, and fraction and decimal expanded form.

Regroup numbers with more than 9 tenths or 9 hundredths into simplest unit form and vice versa.

Compare two decimals less than 1, recording the result of a comparison with the symbol >, =, or <. Justify the conclusion using a visual model.

Compare two decimals greater than 1, recording the result of a comparison with the symbol >, =, or <. Justify the conclusion using a visual model.

Find the value of some combination of dollar bills and coins.